Our destiny beckons us!!

Fellow citizens of the UNE, we are on the cusp of the continuing saga of our species like our forefathers before us, in the footsteps of Zheng He, the Vikings, Magellan, Yang Liwei, Shenzen and many others.  Travel and discover regions that were thus unknown to us.  To expand the reach of our species beyond the confines of our Sol System and to plant the seeds for the continuing growth of humankind.

Interstellar space will soon be a reality, it will come to us through the work, research, dedication from our scientists, researchers from The Dr. Sun Yet-Sen Lunar Research Lab, The Mars Administrative Corporation Teams and the UNE Science Corp.  Their diligent work will be recorded as one of Humankind’s most crowning achievement in the annals of our History.

The vessel that will take our hopes is moored and ready, its crew trained by the very best the UNE has to offer.  We are proud of their sacrifice and dedication for the good of the many, the good of mankind.

Join me in wishing them the very best and may the solar winds carry them forth to destiny.

Welcome, to the UNITY Macroverse

Earth, Inner Sol, Milky Way, Laniakea Supercluster.  Welcome to the 24th Century UNITEER!!.  Humanity has evolved through centuries of distrust, war, poverty, death, hunger, pestilence and mutual destruction.  It has survived these trials and tribulation and has somehow managed to create a solar system wide civilisation to rival all the great earthbound empires of the past.

Our universe began its march to progress in earnest from the beginning of the 14th Century, the pivotal moment was when the Yongle Emperor Zhu Di and his son continued the expansion of the treasure fleets much to the discomfort of the Confucian groups in the Imperial Court.  Their decision on continuing the exploits of the Treasure fleets had tremendous effect on our history.  The Treasure Fleet had created the world’s first and strongest superpower spanning multiple continents.

Confidence and a renewed vigour through the rich bounty from the Treasure Fleets had enabled China to amass a huge fortune that further fueled the expansionist within the Imperial court, the discoveries, military prowess, economic and trade activity increased during this time.  The inclusion of multitudes of nations as far and west Africa and the middle east had increased it tributes revenue.  More and more states opted for Imperial China protection from unscrupulous pirates and brigands and these eventually became vassal states of China.

The European wars of the 17th to 19th Century

Europe was a far cry from the stability and rejuvenation of discoveries in the East, it was a fractious gaggle of City-states and Empire-aspirations from France, England and the multitudes of powerful Germanic states in central Europe and was tearing itself apart.  The failure of the attempt to usurp and control trade from the East from City-states like Venice fizzled.  That had a profound effect on Maritime activity within the Mediterranean states.  Trade between states through the inland sea began to flounder.  This vacuum of new goods and products became the clarion call for the Chinese and its vassal states from Africa, the Middle East and South Asia to fill the European markets for their goods.  Soon, trade between the ‘Close-to-the-east’ European states became grounds for additional duties and tariff before going further inland became flashpoints for conflicts between European States.

The heavy reliance on Eastern goods drove many European states into huge debts with their Eastern trading partners, which resulted in multiple proxy-wars between Eastern powers for influence and economic dominance in Europe.

Through it all, the main beneficiary was the arms industry from China.

The Race for Colonisation – 19th Century 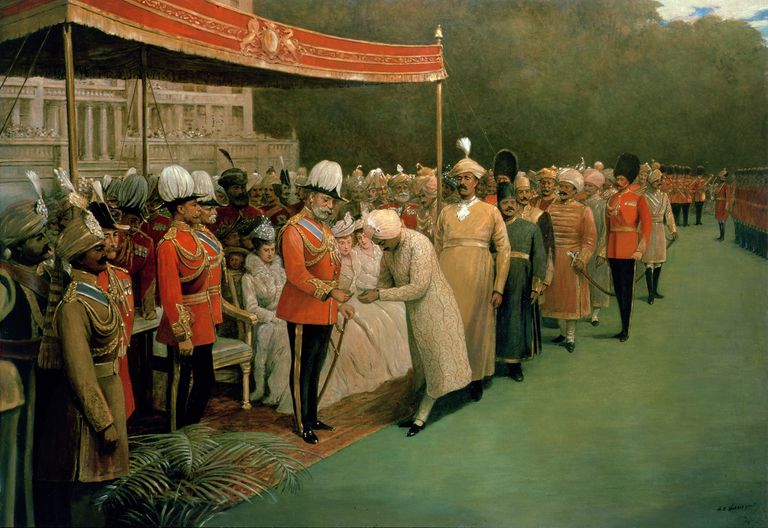 The expansion of the monotheistic religions emanating from the middle east began in earnest in the 6th to the 10th Centuries.  It began again with the discovery of the new world with assistance from Chinese maritime and navigational expertise.  The discovery of the new world in the west had pushed the bankrupt city-states into the search of new wealth to pay their huge debts to the Chinese and their clients, they also included religious zealots out to “civilise the heathens” in the new world.  This resulted in subjugation and eventual colonisation of the peoples of the new world, using Chinese made arms.

The race to colonise also began to subsume Africa and South East Asia.  This was the period when China itself was undergoing tremendous internal conflict between its differing factions within the Imperial Court as well as popular uprising from its citizens demanding for more power to be given to the population.  This was the period in the Chinese history known as the “Great Upheaval.”

It was during this period that the western powers began its colonisation, as China began to decrease its international presence.  The absence of Chinese Deep-water navies allowed western colonising powers to subjugate and control the former client states with ease.

The Great Wars of the 20th Century 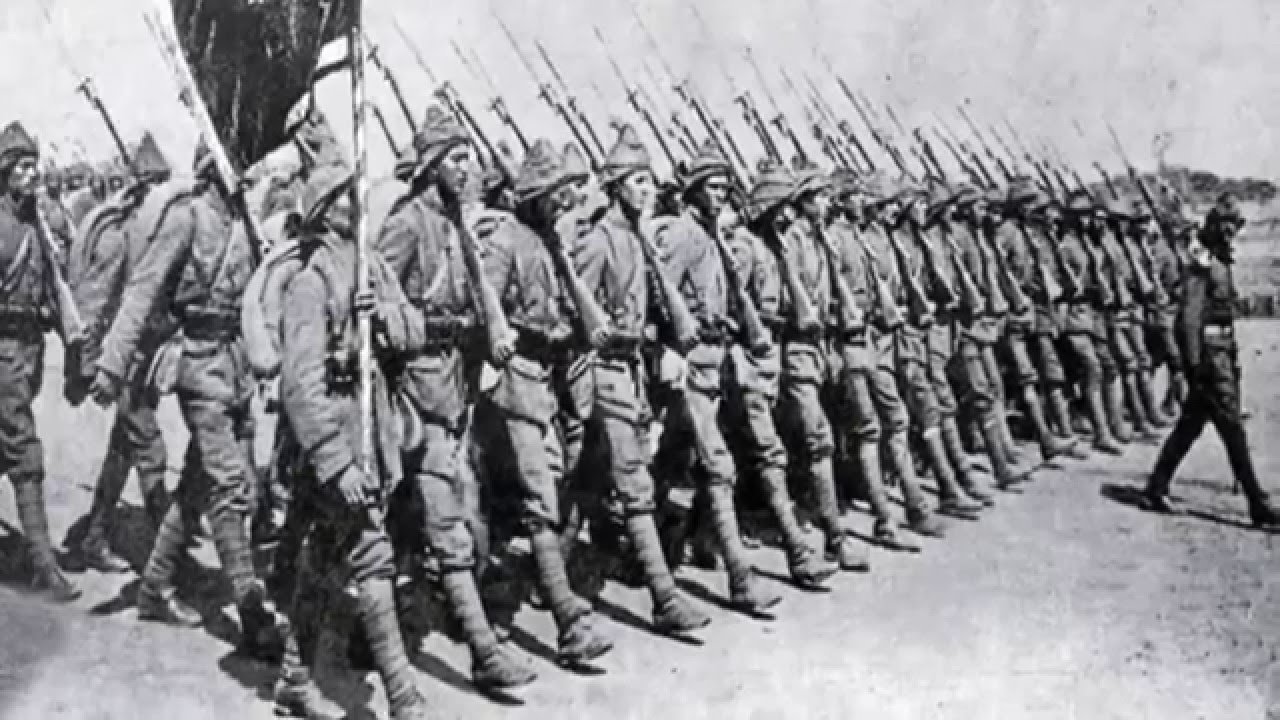 This was a century of upheaval, from China, Europe and Asia, old dynastic empires and possessions were replaced by new citizen-centric governments.  The wars were fought originally between these dynastic clans and their brethren over non-existent “encirclement” and colonial possessions.  The first Great War ended with millions of deaths and unresolved territory possessions.  This culminated in a second Great War with the newly created people-centric Government of China which were victorious in the Far East and the Pacific.

This resulted in new alliances in the East that were a precursor to the creation of Global Blocs.  In Europe however, the resulting carnage had pushed the new countries of Europe to create the United Nations with the intention of preventing further blood shed of this magnitude globally.  The European States were also the first to create the first Global Bloc in the modern era, the example they derived from the relationship Imperial China had with its client states from the past. 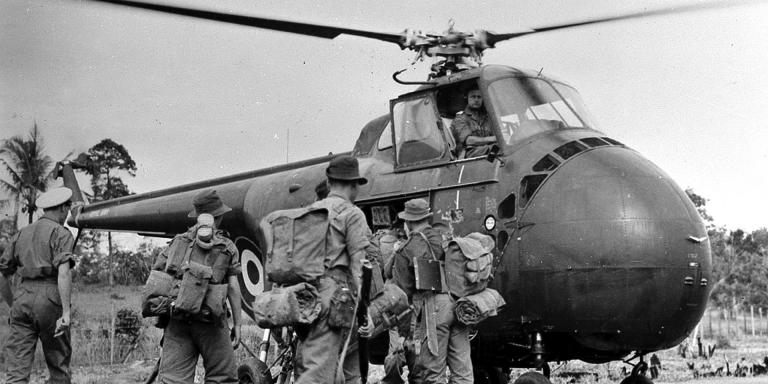 As China begins to recover from its participation in the Great War as well as its “Great Upheaval”, the learned Dr. Sun Yat Sen and members of his Government had commenced the “Great Recovery”, meaning diplomatic outreach to its former Imperial States.  Diplomacy and Economy became the weapons of choice during this period as they had to come up against colonising powers that were their debtors as well.  So, negotiations were swift and before long many of their former client states were given independence by their Western powers.  These countries were swiftly brought into the Chinese orbit before long, except for Malaya.

Malaya or Malacca had always been the favoured “friend” of China, its history from a successful trading post in the 15th century and centre of Asian trade.  It’s importance to the then Imperial China had resulted in the sending of emissaries and a contingent of Imperial Chinese subjects that were tasked to assimilate and co-exist with the local population, they eventually became known as the “Peranakan”. The Global Government in the guise of The United Nations of Earth the result of multiple nation blocs that were created in the 20th Century to combat the decline of the Capitalistic Global Financial system.  These blocs allowed the United Nations to flourish as devolution of Military/peacekeeping functions were added into its already increasing portfolio of responsibility which also included Exploration, Science, Technology and Education.

The blocs were then relegated to purely political in nature and by the end of the 22nd Century, most of the blocs became redundant as more responsibility and functions were handed over to the UN.  This, however, was not the case for the American Union that were adamant about its independence and preservation of their Capitalistic “way-of-life”

This had the effect of increasing the American Union’s bloc-based research through legitimate and sometimes unorthodox manner, which resulted in the creation of exploration fleets to scour the systems for resources.

The creation of multiple rocket-based launch sites throughout the American Union bloc were the pre-cursor of the off-world exploration.  Both the American Union and the UN began its exploration in earnest in the late 20th Century and well into the 21st Century.  At the close of the 20th Century, the building blocks of Moonbase Alpha under the auspices of the UN through the EASA that would eventually become the Lunar Labs begins its construction.  In Mars, NASA begins its 5-year programme by deploying rovers and probes on habitation possibilities.

The resulting race has further widened the division between the Capitalistic nature of the American Union against the Social Communalism of the United Nations.  Funding and support for the American Union’s foray to the Outer Solar System continues to be carried by the United Nations much to the dislike of the other member states, notably the East Asia Union.  However, true to its charter, the funding continues well into the 22nd Century.  Apart from funding and resources, technology was also part of the assistance package given to the American Union for their Mars programmes, however, this was curtailed in the late 22nd Centuries due to blatant IP transgressions by the Americans.  Before long, new technology began to emerge from Mars as more settlers begin to leave the homeworld to move to the Martian colonies.  This technology was a mirror of the existing UN tech that were given as part of the funding grants, albeit less finished and prone to failures.  New vessels and additional new tech were spotted in use and the Americans or Martians began to commence mining operations deep within the Asteroid belts, notable Vesta, Pallas and Ceres.

Welcome to the United Nations of Earth and The Commonwealth The end of the 22nd Century sees the opening of multiple joint mining operations throughout the Asteroid belt.  The large mining and refining facilities at Ceres, Vesta and Pallas were a truly UN and Martian joint activity.  The technology and trained mining specialist were largely provided by the UN, whilst the Martians provided logistical support.  The three huge facilities became operational in AD 2170 at the same the United Nations charter was changed, and the UN thus became the United States of Earth.  The success of the joint mining and refining facility allowed both parties to further their relationship through diplomatic means and in AD 2243, the Martian Colony became the Mars Administrative Corporation and eventually was admitted as a member of the UNE Commonwealth along with several other independent colonies throughout the system.